Spotlight of the Month 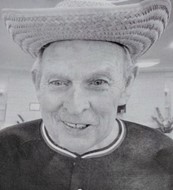 In memory of Charles Taylor

Charles was one of eight children raised in the small town of Clio, Michigan.  After graduating high school, he went to work for General Motors.  He and Joyce were married in 1959. He worked for GM for thirty seven years and then retired. He and his wife Joyce moved to Spring Hill, Tennessee. Charles then spent the next ten years building homes for a local builder.  He enjoyed watching his two granddaughters grow up, get married and give him six great grandchildren. Charles enjoyed hunting, fishing and camping with Joyce. He never met a stranger and could talk to anyone about anything. He was a good man.