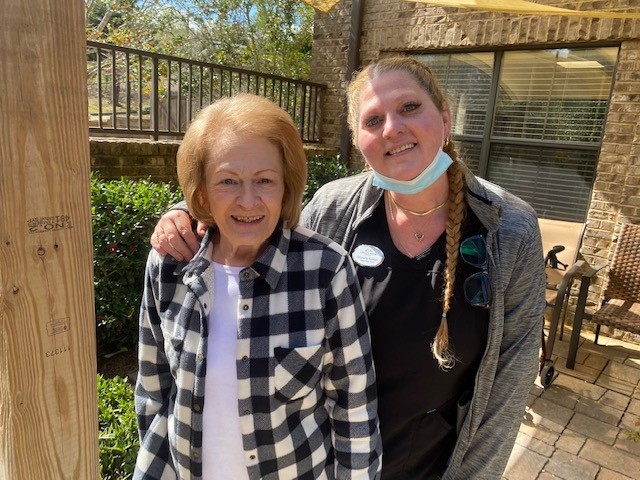 Ms. Fern Elliot is our Resident Spotlight of the Month!

Ms. Elliot grew up in Fairfield, AL with her family. She has one sister, and her dad had a career in the Navy. Ms. Elliot said shortly after high school she got married. While she was married, she moved to Trussville and raised her family in Trussville with a brief stint living in Israel. She lived in Israel for 3 years. While living in Israel she enjoyed seeing the Holy Lands and traveling the middle east. Ms. Elliot also got to travel through Europe. She said aside from Israel, her favorite country that she visited was Italy. When they were back state side, she enjoyed weekends at the lake and going to the beach. Ms. Elliot has three sons, Tony, Doug, & Patrick. Later in life she met the love of her life, Mr. Don Elliot. They were married 30 years. Mr. Elliot was an Army Veteran and retired from Steele Fabrications. She enjoys her grandchildren and has two more on the way. We are so happy Ms. Elliot moved to Legacy Ridge. She has lived at our community since October, and we have enjoyed getting to know her.