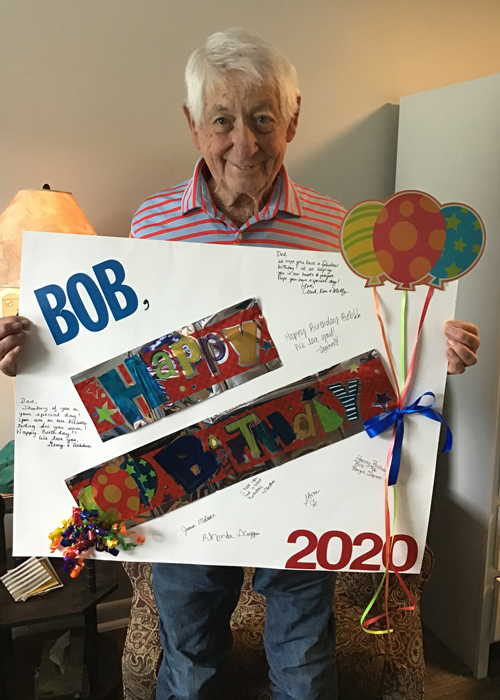 Congratulations to Robert “Bob” for being selected as September’s Resident of the Month! Bob moved to the Range a few months ago and has become family to all of us.

Bob was born and raised in the mountains of western North Carolina. Later he went on to serve our country in the United States Navy. He met the love of his life, Janice, and they spent the next 60 years together before his beloved bride passed away. Bob and Janice have three daughters, ten grandchildren, and ten great-grandchildren.

The best thing about Bob is how much of an upstanding guy he is. He loves to coach, bowl, golf, and help out anyone in need. We are thankful to have him part of our community!